The Trumpet & The King

The Trumpet & The King is a play set at the crux of history, where Islam meets Christianity, black meets white and talent meets power. It also owes much to its development in the religious and political crucible of modern post-conflict Northern Ireland. In the play we follow John Blanke, the first named black artist in British history, as he makes his way across the courts of Christian Europe to Tudor England. John shines as the charismatic heart of the play, showcasing the compelling talent required to thrive in Tudor England as a foreigner and an infidel. He enchants Prince Henry with the stories, poetry and music of Al Andalus. Henry moves us with the sweetness and the flaws of a damaged boy who will one day grow into a heartless autocrat.

It is a timely look at privilege, and the danger of absolute power. But most of all The Trumpet & The King is a play about the longing to belong, about friendship across cultural and religious divides. And music. How art can give us hope of connection, communion and belonging. 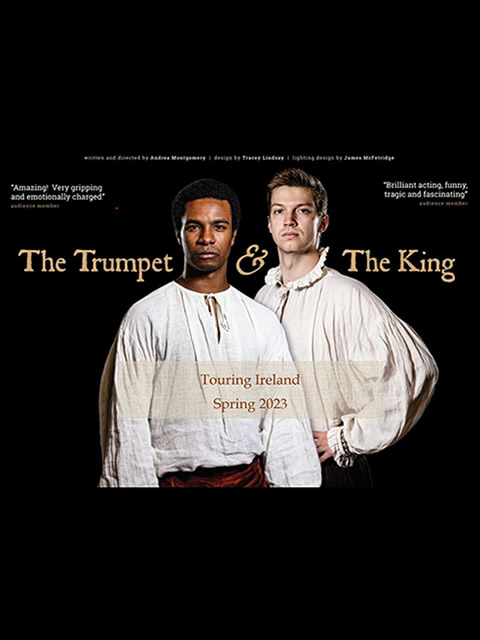