'CASH RETURNS' - has been hailed hands down the greatest and most exciting Johnny Cash & June Carter Tribute in the UK, Ireland and beyond by Man In Black fans everywhere.

It is regarded as one of the best touring live music shows in the country with a fan base that grows daily with them having recently picked up 'Best Tribute Band' at the 'HOT COUNTRY TV AWARDS' and Best Tribute Show at the 2022 'Northern Ireland Country Music Awards', for the second year running.

The show is fronted by the award winning JP Mac as Johnny Cash, whose baritone voice and tone is scarily uncanny to the Man in Black's himself with even an official accolade of support coming from Johnny Cash's very own Drummer of near 40 years W.S (Fluke) Holland, who was completely blown away and regarded their tracks as  on his radio show in Tennessee. 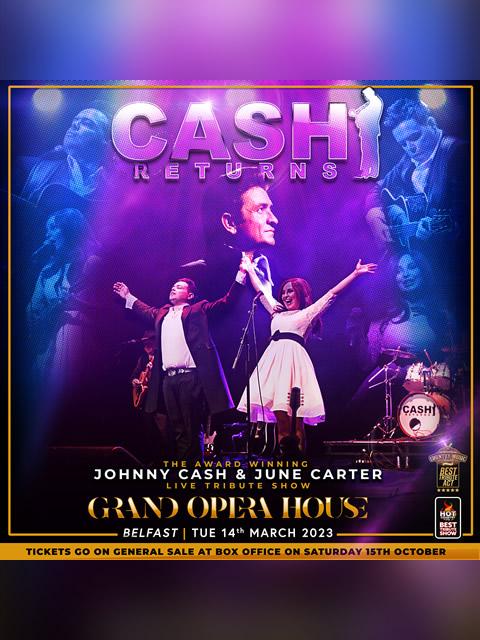