Beth Nielsen Chapman: "We were talking about the capacity for survival and overcoming the challenges that are part of being in the world as a female, balancing strength and vulnerability. As the writing of the song progressed, we touched on feeling lost, being taken advantage of, and navigating one's safety and the experience of not being taken seriosly."

Inducted into the Songwriters Hall of Fame in 2016, Nashville based, Beth Nielsen Chapman has released fourteen solo albums and written seven #1 hits and songs recorded by the likes of Bonnie Raitt, Willie Nelson, Bette Midler, Elton John and Neil Diamond, plus many more. It's been four years since her last album, 2018's 'Hearts of Glass' and for the upcoming 'Crazy Town' Beth has signed to UK imprint Cooking Vinyl.

Beth: 'Crazy Town' is a collection of songs that reflect all the twists and turns of life, especially reflective of this wild ride we have all been living through. I'm looking forward to hitting the road with this new music finally seeing the light of day'. 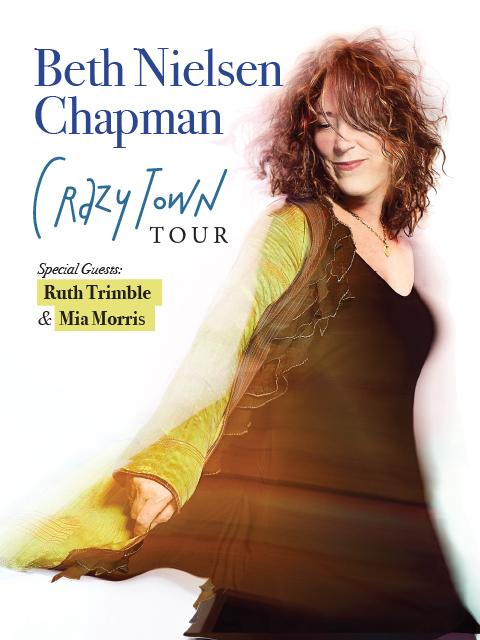