Grab your glass slippers, your carriage awaits to whisk you off to the home of pantomime in Northern Ireland, where this year the “Unforgettable” (Culture Crush) Cinderella hits the stage.

May is joined on stage by Paddy Jenkins, who was last seen on the Theatre’s stage in March in Give My Head Peace, as Baron Hardup. Returning to the Grand Opera House panto following their appearance in the last year’s sell-out run of Goldilocks and the Three Bears, Adam C Booth plays Buttons opposite Kia-Paris Walcott in the title role.

Jo Donnelly is joined by Jolene O’Hara as the vile Wicked Stepsisters, and Cbeebies presenter, Gyasi Sheppy plays Dandini. Completing the line-up, Conor Headley, originally from Lurgan and a former participant of the Grand Opera House’s summer youth production, takes on the role of Prince Charming.

Cinderella lives a miserable life; tormented by her wicked stepsisters, her only comfort is her loyal best friend, Buttons. That is until her Fairy Godmother comes along and swaps Cinderella’s rags for a stunning ballgown before transporting her in a flying coach to the Ball where her Prince awaits.

Cinderella is staged by Olivier award-winning producer Michael Harrison (Bedknobs and Broomsticks, Joseph and the Amazing Technicolor Dreamcoat) and directed and choreographed by Jonny Bowles, who won Best Choreography for Goldilocks and the Three Bears at the 2022 Pantomime Awards, with lighting design by Ben Cracknell, (Joseph and the Amazing Technicolor Dreamcoat, The Osmonds, The Cher Show, and the 2022 Olivier Awards at the Royal Albert Hall). 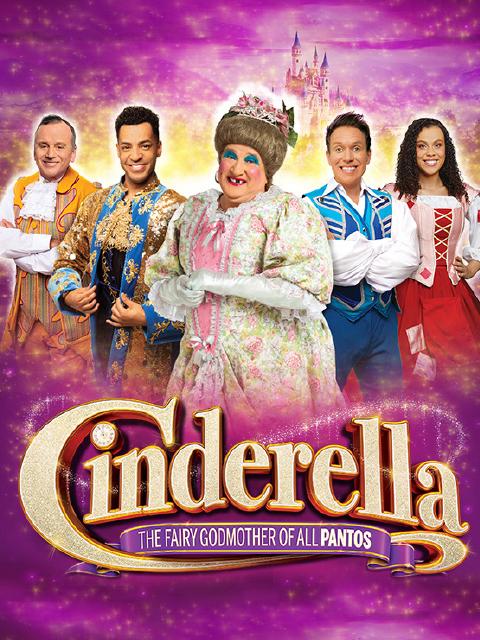